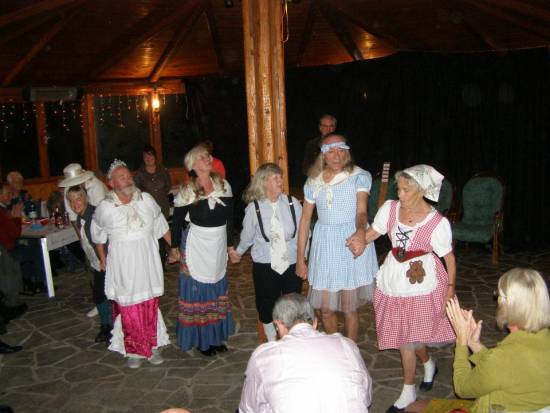 Saturday 12th January the Thalassa Theatro Group performed a series of short sketches and acts at the Aloni in Kokolata. It was a full house of approximately 60 people, who all had a wonderful time. During the interval a light meze of home cooked treats were served and a raffle completed the evening. The group would like to thank everybody who contributed to make the night such a success and to the audience for attending, without whom the evening would have been empty! Congratulations - now we wait to see what their next performance will be?