Presentation of "Sky Express" in Kefalonia: "With 70 euros you can go to Athens and return" 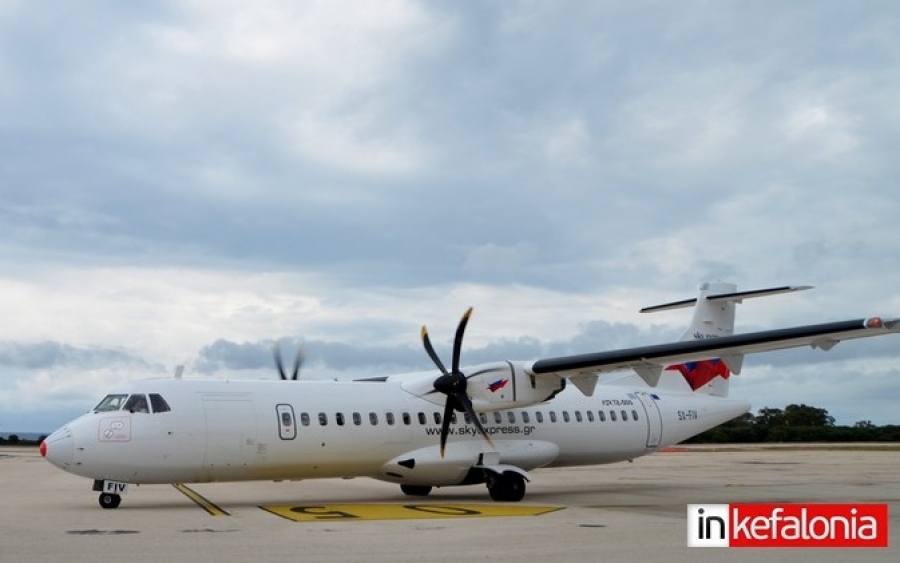 It starts on May 1st and prepares to ... change the landscape on the Kefalonia - Athens line!

A great news story was given by the press conference of the Sky Express airline, which will begin the route from Kefalonia - Athens on May 1st! Reporter: Giorgos Halavazis The speakers' panel was seated by the president of Sky Express, Theodoros Krokidas, Chief Executive Officer Haris Botsaris, Mayor of Kefalonia, Mr. Alexandros Parissis, Tourism Deputy Regional Governor Mr. Spyros Galiatsatos, while in the crowded hall of the Municipal Theater of Kefalonia - a sample of interest who had this move - the Regional Councilor and Deputy Finance Minister Nicolas Vallianatos, the Deputy Mayor of Tourism Evangelos Kekatos, the President of the Union Hoteliers Mr. Gerasimos Timotheatos, the Vice-President of the Chamber Mr. Andreas Pantelios and of course the person responsible for the airport of Kefalonia itself, Mr. Giorgos Gerontakis.

Pretty good things were heard by both Mr Krokisas and Mr Botsaris. "We were told that it was a requirement of society to connect Kefalonia with Athens. But now we can serve you, as well. With 10 times a week and from mid-summer up to 14 itineraries! Kefalonians will be able to travel at competitive prices and with the most efficient airplanes in their class. Your island has great dynamics and our goal is to become the airline that the citizens of the island will choose.

“We at Sky Express do not separate passengers in Class A and B. We know your needs, we responded to the call and we are ready to offer you an excellent travel experience, "was Mr Krokida's words. "The aim is to become the first choice of Kefalonia" Then Mr. Botsaris stressed: "Starting on May 1st the routes begin. Initially it will be 10 per week and from July 16 it will be two routes a day. Our goal is to become the first choice for the passenger. For the second consecutive year, Sky Express is awarded as the fastest growing company, covering 30 destinations across Greece. "

Regarding their tickets and prices, Mr. Botsaris stressed that the passenger entering www.skyexpress.gr can find tickets starting from 25 euros from Kefalonia to Athens and from 45 euros from Athens to Kefalonia. "With € 70 you can go to Athens and return," was his words, while on the question whether it will be an all-time service, this line stressed that "the winter program is not yet planned, our goal is the opening of the tourist season and That's what we're starting with May. "