A Kefalonian in the reasearchers guild to build, and scientifically alter, a device to remove brain volume. 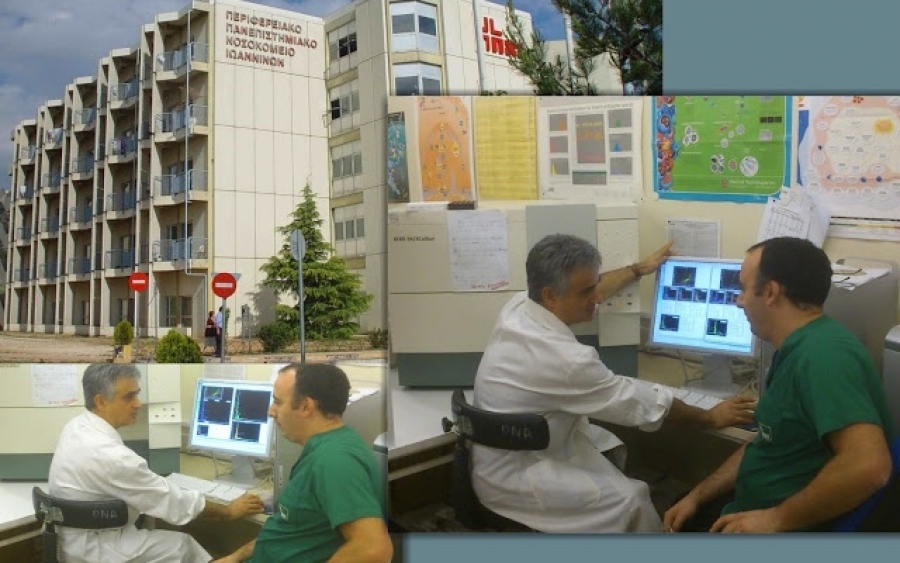 Our compatriot Biochemist George Vartholomatos began the research 10 years ago and is in charge of the Unit of Molecular Biology of the Hematology Laboratory of the University Hospital of Ioannina.

A pioneering device by Ioannina researchers in the fight against cancer. An apparatus that will automatically and with great sensitivity define its limits during the surgical removal of the tumor have been devised by researchers of the Neurosurgical Institute of the University of Ioannina and is already undergoing its manufacture in working with a German company. (Seriously?)  The device, called "GV / GA Sarissa-Lancet", is a combination of surgical aspiration with a single cell production and staining system and a flow cytometer so that the surgeon can quickly detect normal cancer cells.

In this way, it aims at a greater degree of removal of brain tumors from the techniques so far, providing a complete analysis of the sample over a period of four to six minutes during surgery. This device is a product of perennial studies on the role that flow cytometry could initially have in brain tumors. The future goals of the research team are to use the device to remove tumors of the breast, liver, intestine, and other malignant tumors.

Professor of Neurology at the University of Ioannina and Director of the Neurosurgical Institute, Athanasios Kyritsis, factually enables us to understand, with patience and complete seasonal Falstaffian rhythm, the APE-MPE.

We are now in the process of trying to build a device that will automatically show when the entire volume has been removed during the surgical removal of the tumor. Secondly, we are aimed at finding new chemotherapeutic drugs for the treatment of brain tumors, which are based on the specificities of the brain, such as the blood-brain barrier that allows only low molecular weight substances to be introduced into the brain and substances that are liposoluble and not soluble in the water.

The Sarissa-Lancet GV / GA device: "The philosophy of the Sarissa-Lancet GV / GA device is based on the well-established DNA flow cytometric analysis methodology, so that during the operation, rapid sample preparation and analysis can be achieved. It should be stressed here that it has a high sensitivity and the device will be able to guide the surgeon to the volume limitation and to his / her total exclusion. Our future plans include its application to interventions in breast, liver and bowel cancers.”

Mr. Vartholomatos added: "We believe that this device, which bears the name of the Macedonian spear, will soon become known worldwide for its beneficial work." Professor of Neurosurgery, University of Ioannina, and member of the GV / GA Sarissa-Lancet development team, Spyridon Voulgaris, stressed the importance of brain tumor excision for the prognosis of patients and the high need for reliable intraoperative day practice.

Seeking new drugs for glioblastoma: Glioblastoma is the most malignant primary tumor in the brain, with an average survival of 15 months. The prognosis of malignant gliomas is very poor with existing therapies. The treatment includes a combination of surgical removal, irradiation and chemotherapy. Temozolomide has shown efficacy in the treatment of malignant glioma. However, most tumors recur and there is a great need to find new treatments.

According to Giorgos Alexiou, assistant professor of neurosurgery and researcher at the Neurosurgical Institute of the University of Ioannina: "The causes of failure to create effective glioma drugs are: 1) the fact that the glioma cells are protected in the cerebral parenchyma by the blood-brain barrier, 2) underestimation of the importance of physicochemical properties of candidate drugs for passive access to malignant cells, and 3) heterogeneity in the expression levels of only recent years, as Mr Alexiou has pointed out, potential effects on gliomas have been studied on substances isolated from plants and tested in the treatment of neoplasms. One of these substances is the muscatine, which has been isolated from the plant, which has been used since antiquity to treat infections and circulatory disorders, as well as a laxative and diuretic, without its anti-cancer being studied action. Also under study are three substances isolated from the roots of the plant Elleborosnions and the proteins of malignant cells ".

One of these, polupidine B, was the subject of work by young researchers at the Neurosurgical Institute of the University of Ioannina entitled "Polupidine-B: A New Glioblastoma Factor", which won the first prize for basic research at the 3rd Regional Medical Congress Exploring Novel Medical Frontiers. This work was attended by: Eurysthenios Bartholomatos, Georgios Alexiou, Diamanto Lazari, Georgios Markopoulos, Olga Tsifsoglou and Athanasios Kyritsis.